Moving on from Gentoo to Ubuntu 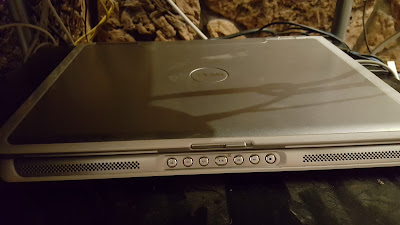 When I started running Linux, Gentoo was a good fit for me because I wanted to learn what was going on under the covers.  Gentoo (at least, eleven years ago) forced you to edit every config file manually, and the default install had you configuring and compiling your own kernel.

It was a great learning experience, and I'm glad I did it.

But at this point in my life, I have better things to do than to babysit weekly "emerge --avuDN world".  I let my Gentoo box get out of date, I didn't want to bother learning how to set up my own systemd services, and when some update's dependency tree decided I was switching, it stopped booting.

I was able to recover it at the time, but then this week (and I had been putting off rebooting for months) my Linux machine (frodo) took a nose dive and kernel panicked.  When I rebooted it, it was in such a state that I considered my OS installation 'totaled.'

For a while I've been running certain things off of my Linux box.  I've got a couple of RSS feeds which trigger IFTTT events, but I also have @twooshbot now, and any more than a few of hours of downtime results in missed data. (I need to add some functionality to read more tweets at startup, which will help with that.)

Anyway, on Friday evening, I found myself in the position of needing to pick and install a new distro, and fast.

A quick trip to DistroWatch, and I decided on Ubuntu.  It was dead simple, there are spoon-fed answers to almost any question online, and it's based on RedHat, which I am familiar with.

I was able to get @twooshbot back up and running that evening, and I've been slowly adding services and scripts to get back the functionality I'm used to (Dropbox, apache2, samba, vim, screen, etc.)