Upgrading to the Galaxy S III for free (basically)

Last March for my birthday I shelled out around $150 for the latest and greatest cell phone available on my carrier: the Motorola Atrix 4G.  This time around, I wanted to get the new latest and greatest: the Samsung Galaxy S III, but I didn't want to spend any money on it.

Here's how I pulled it off (largely adapted from this Lifehacker post):


First of all, I have kept my Atrix in immaculate condition.  I immediately bought a hard-shell case (Incipio Feather) and screen covers.  I have replaced the screen cover several times, and the case has suffered a few falls and been cracked, and replaced, but the phone itself is in perfect condition.

There are two main markets for off-contract phones.  One is people whose phones break mid-contract, or who want an early upgrade without renewing their contract.  The second is pre-paid customers, or customers of MVNOs that don't get contract subsidies, and therefore don't pay the monthly "subsidy tax" that we on-contract folks pay (and continue to pay, even if our contract expires).  The second group of phone buyers require the phones to be unlocked in order to use them.

For reasons beyond my fathoming, cell phone carriers are allowed to sell you a device, but still retain control over it.  They have disabled its ability to work on any carrier other than themselves.  Of course, they will allow you to redeem this ability for a fee, and there are also websites out there that will sell you the unlock code for your device.  I obtained an unlock code for my Atrix online for $15.  I may have been able to ask AT&T to unlock it for free once my contract was up, but my contract didn't expire for another few months.  They allow you to renew early, so that you never have a good opportunity to ditch them for another company. 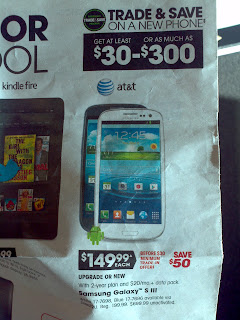 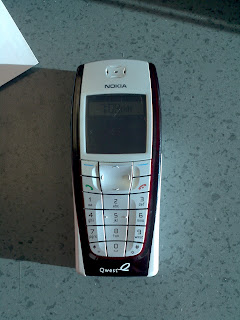 The first step was to get the best price for the Galaxy S III.  I checked several online retailers, and also the ads from different local stores (many can be found online here).  The best price I found was at Radio Shack.  They advertised it for $150, and also featured a deal where they would give you at least $30 for any trade-in phone in good condition.  I traded in an ancient Nokia Qwest phone that had been Elizabeth's before we added her to my family plan on AT&T.  After tax and the $30 credit, the total for the phone was  $134.24.


AT&T, of course, sticks their fork in the offering.  They now charge $36 in what is known as a "because-we-can" upgrade fee.

So, with the $134.24 Galaxy S III, $15 unlock code and $36 upgrade fee, I was out $186 for the new phone.  Now to get it back.  As I mentioned before, unlocking a phone makes it more valuable.  Keeping it covered and cased makes it more valuable.  It also helps to keep the original box.  I also happened to have bought a car dock specifically for this phone.  I did so after going through several generic docks, and coming to the conclusion that having one that was convenient and easy to use would be worth the money.

I created a thorough post listing my phone and its accessories for $180 on craigslist (I used craigslist rather than e-bay because there are no transaction fees or shipping, and I was not in a hurry).  I included a detailed description of the condition of the phone, and which accessories were included.  I also posted clear photos of each item, so that there would be no doubt as to what they were getting.  I also mentioned that I had upgraded, so that buyers would know that there was nothing wrong with the phone, other than being out-dated. 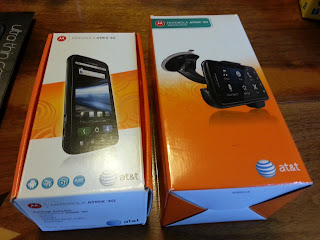 It took a week or so from when I listed it, and I had several nibbles from people who wanted to pay much less, or who eventually bugged out, even though I offered to lower the price.  Today, though, I got a buyer who was interested.  We met, and after booting up the phone with her card, she paid full price.

So, I pulled it off (basically).  Here's to next time. 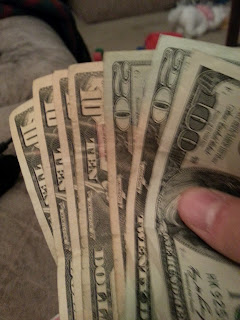 Posted by burndive at Wednesday, August 22, 2012 No comments: